Trying to be a trapeze artist

Prior to transitioning, there was always a strange relationship between me and my clothes. Over the past few years, I’ve tried to change aspects of my style to try and at least have something for me to like and still could never find myself satisfied--case in point being my attempt to like three piece suits and an attempt to wear masculine pants that weren't black, denim, or grey. When I began to wear more feminine clothes I found myself actually looking at styles and liking them and now have a huge love for fashion.

However, the aspect of completely shedding the clothes I felt were assigned to me was not an immediate thing I attempted to accomplish. When I remarked to a friend about not being worried about my transitioning but still unable to let go of my former clothes, she stated that I was simply being a trapeze artist and all I was doing was just trying prepare myself to fully launch to the next bar. 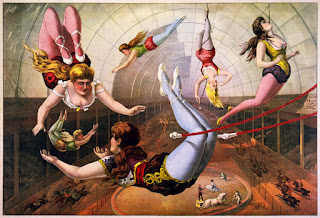 I’ve been finding lately that my gender cues have been throwing people off. Occasionally I’d get gendered correctly and then out of the blue I wouldn’t. These are all based on visual cues and not the verbal ones which are a different kettle of fish. Is it simply the clothing? Is it the length of my hair? Has the changes the hormones made to my body been significant enough to make something in me appear female? Is it just my glasses?

It’s those sort of questions that I end up coming up with that lend me to think about what it is that prevents me from letting go of that bar.

I know for a fact that I do tend to speak a lot less these days simply because I am unsure of how my voice sounds to others. I’ve been fortunate enough to be able to afford a speech therapist who specialises in working with transgender persons; and because of this I know that I can speak with a feminine pitch. However, because of the way our mouths and ears work together, it’s very difficult for me to gauge how I sound without the aide of a computer program or mere opinions of those around me. 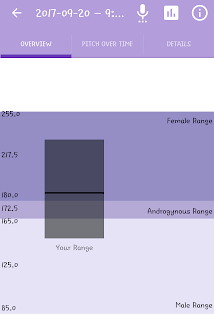 Again, another reason to think what is preventing me from leaping from the bar I am on to the next is simply that.

So what do I do? I am stuck with whatever my body gives me while I feed it these hormones. These hormones have done me wonders since I’ve been on them both physically and mentally (the latter being the most significant to me), but certain physical traits can only be dealt with by me and those I pay to help me out--a good example being the aggressive laser hair removal I’ve been engaging in for most of the year.

What I’ve decided to do at least as part of loosening my grip on the bar is to start getting rid of those clothes I opened up this entry about. There were a few suggestions from friends on what to do with them including just outright burning them, but I don’t feel like that is responsible of me. I’ve opted to give them to Qmunity, of whom have graciously informed me that they do have a clothes donation service in place to provide clothing to low-income transgender persons in the Metro Vancouver area.

Perhaps that is what I need to remember: I am fortunate and privileged and as a result that the idea of having to make use of such a service for myself to benefit has never crossed my mind. I am lucky enough to know that as I engage in the act of trapeze that even if I slip and fall I am likely to not hurt myself too much or at least for too long as I have a safety net waiting to catch my fall, allowing me to safely attempt to do the act once again. 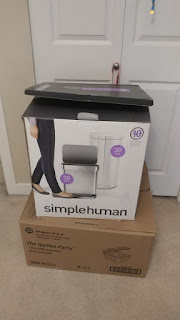 So here are some boxes of clothes I’m giving to Qmunity to hopefully help someone else climb back up.
Posted by Unknown at 21:50