Going viral on Imgur with Powershell and PNG

A few months ago, Kaspersky put out some research into using PNGs to distribute malicious payloads where malware authors had been embedding PE files into the images themselves. The give-away that something was amiss was the images had a 63x48 pixel resolution but were sized at 1.3 MB.

This isn't very stealth and there are ways to do this better.

Encoding a file within a PNG


First, it helps to understand a PNG file. Unlike JPEG, PNG is lossless even though it is compressed, meaning that when you create an image in the format, it retains the data that it has been generated until the resolution or colour pallette is modified. Unlike a GIF, a PNG file handles transparency through an alpha channel instead of colour substitution.

It's this compression and the alpha channel that will enable us to embed data into a PNG. Each pixel is represented by three 8-bit values for colour and another 8-bit values for transparency level (referred to as an "alpha channel"). This means that each pixel would be presented as R, G, B, and A with values from 0-255 on each.

Here's a sample image (sourced via Wikipedia) with what I am talking about: 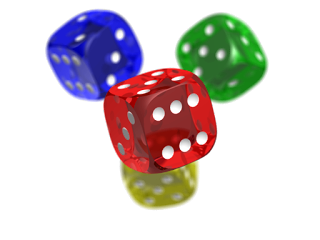 Using the above script is relatively straightforward:


Executing it is as follows:


When it runs, it ensures that the payload is not larger than the image can handle then encodes it using Base64 then pads it with null bytes until it reaches the size of the total number of pixels. Then the process of replacing each alpha channel value with the value of the character in the encoded data is done and then saved to disk.

Let's embed an image into an image shall we! 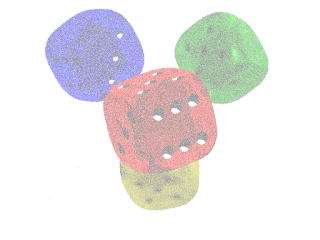 Inside of this image I've encoded a JPEG within it. The image has obviously changed towards a bit of a softer look with some jankiness in the transparency but you'd normally never think of it being suspicious. With some changes to the encoding process it is possible to make the alpha channel blend in a lot more naturally.

For the curious, this is the image that was embedded within: 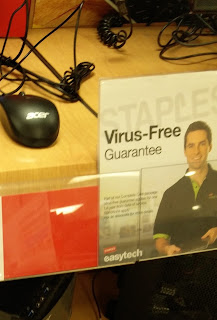 This Python script can retrieve the data out of the image:


We can confirm that nothing is lost by running these commands:


As you can see the file contents do not change by the embedding of data within the image's alpha channel.

Let's use Imgur and Powershell to abuse this


Since its debut on Reddit, Imgur has become one of the largest image hosting services. This is largely due to its ease of access in uploading images without requiring anyone to create an account.

In tests, Imgur does appear to strip out data that doesn't belong to an image. That is, you cannot use a old technique where you combine a zip file with a JPEG or PNG on their service as it appears to outright strip the data.

Since we know that it'll remove these hybrid files, the question then becomes whether it removes the data we encode as demonstrated earlier. Let's try uploading the sample image from earlier and check.


As we can see here, the file from earlier was uploaded to Imgur has not been altered.

So where do we go from here? How is this useful? Well to start, the thing that Imgur is great for is that you do not need to sign up with an account to upload an image. Why not use it to distribute malware without having to provide too many details?

One thing to be concerned about is that you have to have the ability to retrieve the PNG image and then process it as while there have been code execution issues with PNG libraries in the past, for the most part just loading a payloaded-image is unlikely to result in compromise.

Fortunately, Windows has built-in functions that straight up let you work with an image and extract the pixel data. This can be achieved using Powershell without any additional modules. The code is as follows:
The script works as follows:
And based on the above code, it of course executes calculator: 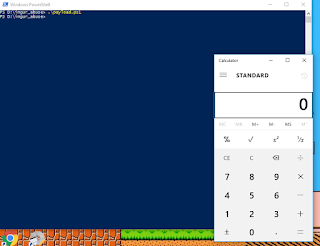 Executing the above code does require that your system's policy to allow the execution of Powershell scripts. That said, while on most home computers this is not an issue as it is disabled by default, many enterprise environments require this to be on. A way around any restrictions could be to execute the code with the help of VBScript and perhaps storing all of this within a Word macro.


One thing to keep in mind is that while the attack was done using Powershell, it doesn't mean that you couldn't achieve this with a Word document with an embedded macro. Avoiding executing any unwanted code is really the best way to go about avoiding this from an enduser perspective.


Imgur did get back to me stating that while informative there isn't an immediate need to fix the issue due to the impact it presents.


I want to make it clear here that what I am showing with embedding data through a stenographic process is far from new, as it was one of the many challenges at this year's CSAW CTF qualifiers. It is a relatively common practice and there are many guides out there to read and software suites to use.

Also, yesterday, PortSwigger posted an article on doing something similar using JPEG files that was rather interesting.
Posted by Unknown at 12:00