Over a year ago, I had written about using the world's first Bitcoin ATM--run by Bitcoiniacs. At the time it was a pretty unique experience because never in my life have I ever had to have someone process a transaction manually for an 'automated teller machine'--not sure how this term even makes sense for what the machine does but I digress. However, I did drop $20 CAD into the machine and then promptly watched over the course of the past year and a bit the value go as high as $120--I had purchased 0.094 BTC.

To make matters even more interesting, I apparently showed up in the New York Times' website after they used a photo from that day for an article.

Gone is the day where there was a line up waiting to try out this new fangled ATM, a first of its kind it was touted as. I didn't need to wait 15 minutes for some guy on a laptop to its left to process my transaction as it was instead sitting idle, waiting and perhaps begging for someone to be interested in it.

However, a lot of things have changed: the machine no longer wanted to scan my palm in order to identify me. Instead, it asked for me to sign up with my mobile phone number, enter a PIN of my choice and then confirm, and then enter a six-digit number it sent via SMS. To add to that, it asked for a scan of my ID--however the ID scanner was broken and I was just asked to point whatever I identified with to the web cam above the screen.

Also what the heck happened to the palm scanner and what did they do with that information?

Being that I suspected I either have gone dormant with them or they just completely ditched old data, I went along with using my new account. However, it had no details about who I was and told me that I would have to send money to an address it specified and then wait for it to be confirmed.

I've used ATMs in so many countries and in every case it's a matter of inserting my card, feeding it some numbers to identify that it's actually me (hopefully), and then magically money comes out if I have enough of it in whatever currency it may be--the only thing I need to be concerned about it is if my card is compatible with the network it uses. In the Bitcoin world, you have to make sure you have your Bitcoin wallet set up on your phone or you need to bring something that can make a transaction (such as a laptop or maybe a tablet), you then need to tell your wallet to send the money to an address the ATM specifies, wait for it to be at least confirmed by at least one other address, and then magically the ATM will let you pull it out when it's good and ready.

How long does it take to retrieve real, useful money from an actual money ATM? Well maybe a few minutes but rarely have I have I needed to spend more than 45-60 seconds to get my money out and the majority of the time is just waiting for the machine to talk to my financial institution.

With this BTC ATM? It took me 25 minutes but only once I had gone through a bunch of hoops. The only place on Earth I've experienced where real, actual money has even come close to taking as long from starting a transaction and finishing it was when I was in Cuba and had to get some extra CUCs (Cuban Convertable Pesos) as I had run out and wanted to exchange my Canadian currency for it--I've been meaning to write about being a tourist in Cuba for a while and at some point I will.

Here's how it went down step by step:

I show up at the ATM and immediately discover I have to create an account to use it. Fine. So I go through the process I had outlined earlier. Now I have an account with them and then attempt to withdraw money--it is at this point I realise I need a Bitcoin application on my mobile phone.

I downloaded the default Bitcoin application and find out that I cannot enter my private key easily so I opt to download Mycelium after searching around via Google to find one that would just let me do that. Why is it that a non-mainstream Bitcoin wallet is needed to do something as simple as enter a private key? I am sure it is doable if I connect my phone via ADB, but that's ridiculous.

In the meantime, I've left the coffee shop and gone to grab a slice of pizza from a place around the corner using real, physical money. How long did the transaction there take? Probably 2 minutes as I was having the pizza reheated in their oven.

OK. Great. I have downloaded the supposedly useful Bitcoin application and now managed to enter my private key. Time for me to go back to the coffee shop and extract that money. 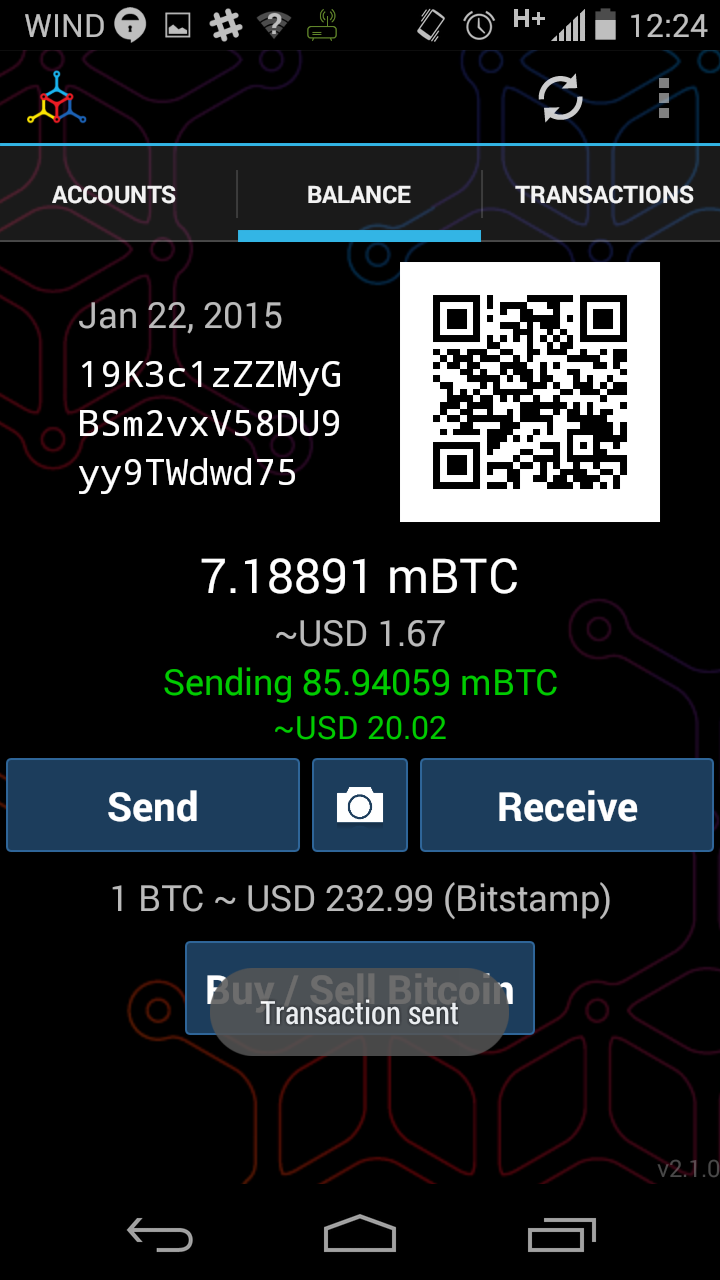 As you can see, 8 minutes has passed since I had downloaded and installed the wallet application--and for reference, I started at around 12 PM.

Oh. But now there's a new catch: the ATM won't be able to do anything until you've had at least one confirmation. How long does it take for one to occur? Well here's what the app shows at this point: 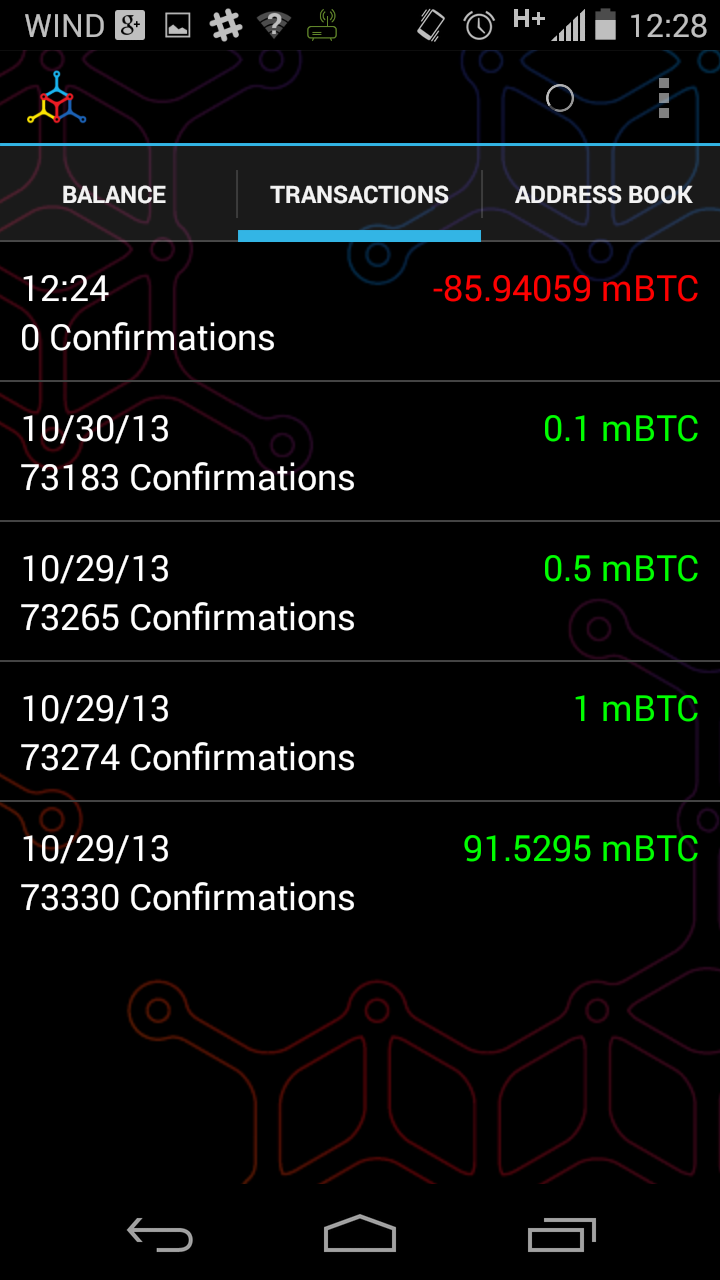 Four minutes has passed since I sent the BTC to the address the ATM told me to. OK. What shall I do? I guess I'll go check out the comic book store around the corner and see what's new. That will occupy enough time right? 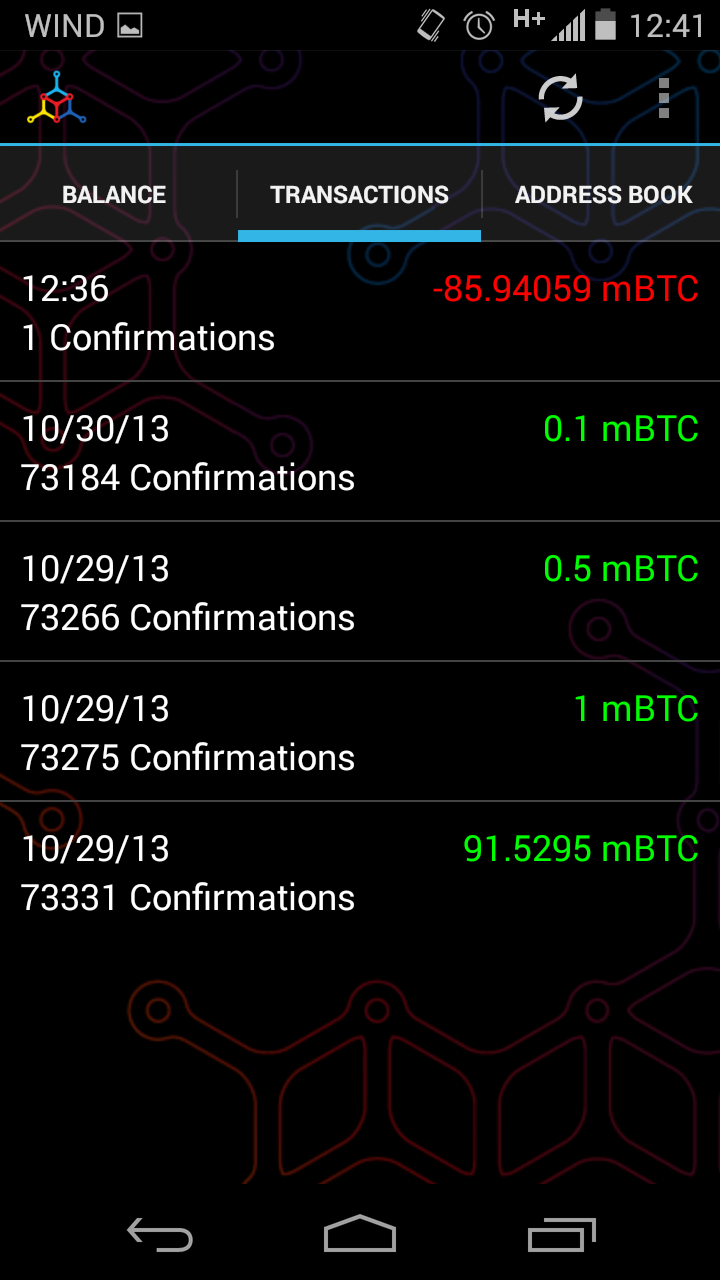 Great. I've avoided spending any real money at the comic book store and finally have a confirmation--the confirmation itself did not appear for 5 minutes after it came to be. Back to the coffee shop I go!

I do the same process again: sign in, request some money, and immediately get told that I have insufficient funds. At this point I am pretty much near "fuck this" and am considering going back to the office but I now see I have another confirmation! 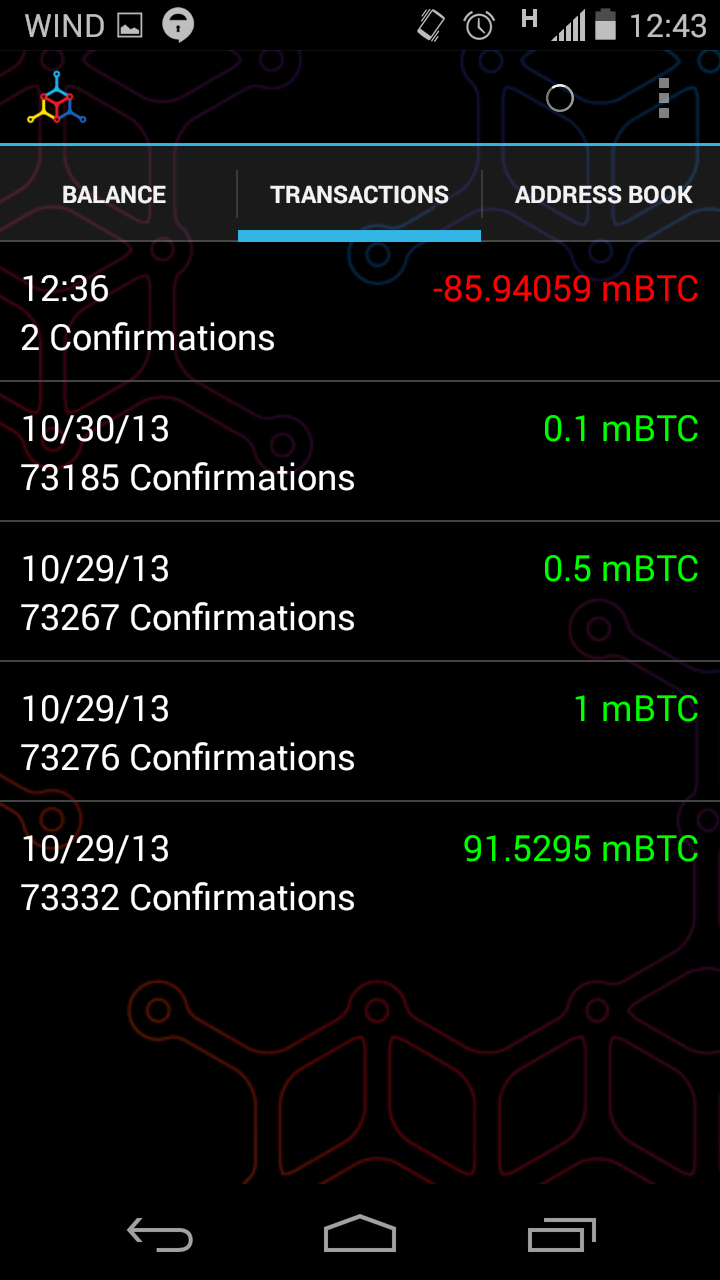 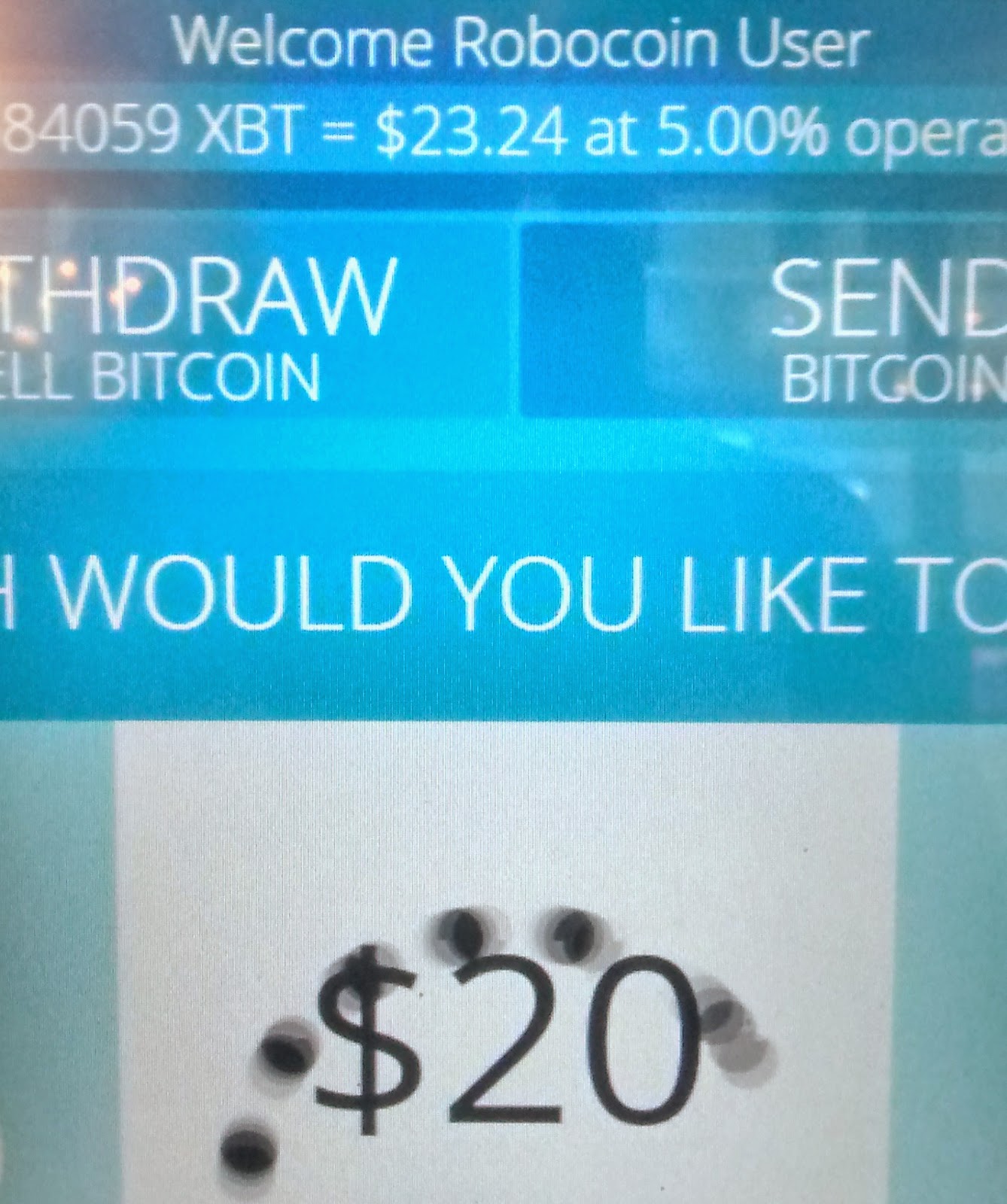 Seriously, real money doesn't require this much effort and getting a bank account isn't this painful either. 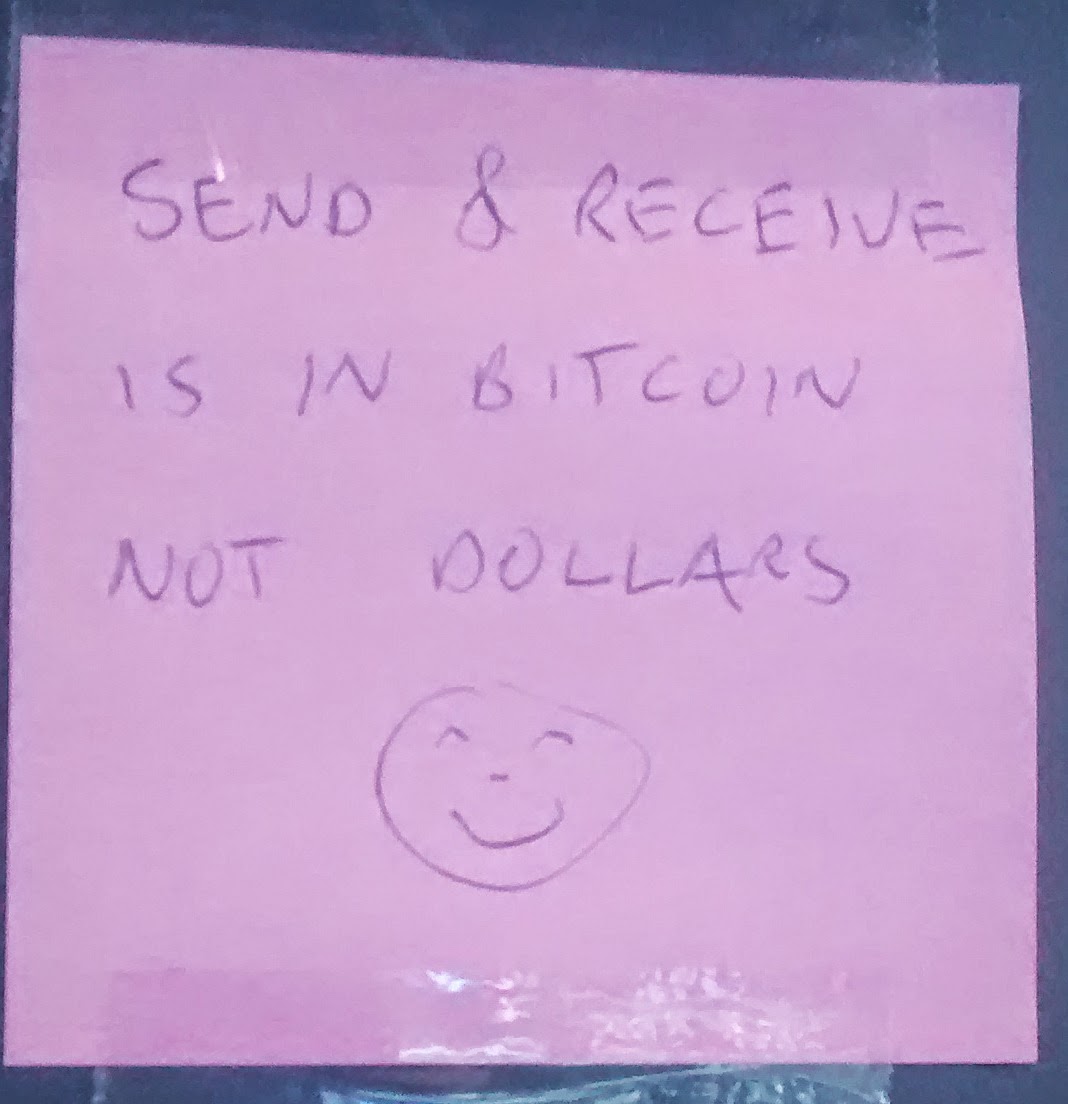 What a fucking dumb experience this was.

I forgot to mention that there was a funny flaw I found in the ATM: if you enter your phone number and PIN, then wait for the SMS to come but cancel out, you can do the same process again, have it send you a code again but use the unused code from before. You cannot however reuse a code that was sent.
Posted by Unknown at 20:17

Email ThisBlogThis!Share to TwitterShare to FacebookShare to Pinterest
Labels: Personal